What Does Sleeping with the Light On Mean?

POSTED ON: July 28, 2022
Under: Estate Planning
Book an Initial Call 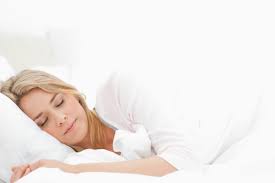 Even just a hint of light in your room at night while you sleep might leave you staring down at a larger number on your scale in the morning, according to a new Northwestern Medicine study.

Money Talks News’ recent article “Older Adults Who Sleep With Light Risk These Medical Conditions” reports that researchers found that among men and women between the ages of 63 and 84, those exposed to any amount of light as they sleep were “significantly more likely” to be obese compared with those who weren’t exposed to any light during the night.

In addition, those who sleep in rooms where light creeps in were at higher risk of having health conditions, such as high blood pressure and diabetes, the study found

The 552 study participants were already considered to be at a higher risk for heart disease and diabetes.

“We wanted to see if there was a difference in frequencies of these diseases related to light exposure at night,” co-author Dr. Minjee Kim, assistant professor of neurology at Northwestern University Feinberg School of Medicine, said in an interview with CNN.

For a week, the participants wore a device on their wrist that monitored their light exposure, such as from sleeping with a TV on for white noise or from light pollution outside.

Because the study was observational, as opposed to an experiment in which researchers can control key variables, the findings show there is a connection between nighttime light exposure and certain health conditions.

However, the researchers couldn’t prove a direct, cause-and-effect relationship between them.

As Northwestern notes, the researchers “don’t know if obesity, diabetes and hypertension cause people to sleep with a light on, or if the light contributed to the development of these conditions.”

Dr. Phyllis Zee, chief of sleep medicine at Feinberg, noted the importance of minimizing, if not avoiding light exposure while sleeping.

In her interview with CNN, Zee discussed an earlier study of young adults that found that sleeping with a dim light can have effects like raising heart rate and blood sugar levels.

ALSO READ: What are Mistakes to Avoid in Estate Planning?

Why Every Estate Attorney Will Advise You to Create an Estate Plan
How Probate Works, According to a Probate Attorney
Revocable Trusts: Do You Need a Revocable or Irrevocable Trust?
How Do Powers of Attorney Work?
What Does an Elder Law Attorney Do?